Are You A Consumer Or A Creator?​

The #1 Secret Formula For Success - Succeed At Creating Value For Others!​​

The #1 secret formula for success– Succeed at creating value for others!

A little while ago, on a Saturday, I was having a conversation with my kids when they were just hanging out around the house. I asked them, “Hey kids, are you guys creators, or are you just consumers?” I explained to them that everyone’s a consumer in one way or another, but you can’t just be a consumer – you have to be a creator too.

For me, a consumer represents someone who’s just taking and not doing their part to add value to the world, and a creator is someone who is creating value for themselves and others.

Being a consumer or a creator boils down to the kind of mindset you have. I observed these two mindsets in action as I watched two kinds of people.

Then I saw certain people who had a lot of time and choices, and so much money that they were giving it away! This is a vastly different situation than I’ve seen in the normal life of the nine to five rat-race. I noticed these people were really thriving because they had a different formula – a formula that seemed to guarantee their success.

They didn’t trade their time for money. Rather, they traded their time to create value!

The first consumer mindset is equated with an employee mindset, which is about trading time for money, and then just using the money to get things.

Conversely, the creator mindset, is a generous mindset that gives and uses their gifts, talents, resources and time to create value not only for themselves, but for the benefit of many other people as well.

Trade and investing for better pay-offs

The more time you spend on creating value – the more value returns to you!  It returns in terms of happiness, personal satisfaction, sense of purpose, and many other emotional and relational rewards. Beyond all that, it rewards monetarily too!

How to recognize which one you are

There are some general characteristics of consumers and creators that can help you see the difference between the two. We all need to develop more creative attributes in order to stop being only a consumer.

Attributes and attitudes of consumers

Attributes and attitudes of creators

So, let’s ask ourselves some important questions:

Am I solving problems instead of complaining? Am I an encourager instead of a blamer? Am I making connections and creating synergy? Is there a way I can make a system, service or product that can bring more value to those around me? Am I willing to step up and do it?

Am I willing to become more of a creator than I am a consumer?

I hope you will join me on my journey of saying yes to these questions! Trust me, it is the most fulfilling and rewarding way to live.

Thanks for listening, and for taking the time to consume this content – now go out and create something with it!

Share on facebook
Share on twitter
Share on linkedin
PrevPreviousChickens Hang with Chickens and Eagles Soar with Eagles – How to get your dreams off the ground
NextYou’re not an Apple – You Don’t Have to Stay Where You Fell! – How to Get ‘Unstuck’ from Your Current SituationNext 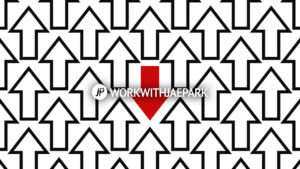 Why People Sabotage Their Own Success?

Limiting Beliefs and the Stories that Support them… 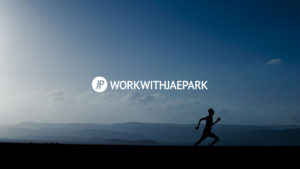 My Weight Loss Story – From Wedding Flab to Crossfit Dad

Business Success is Similar to Discipline and Results in the Gym..

For customer support, email us at clientcare@workwithjaepark.com

Please log in again. The login page will open in a new tab. After logging in you can close it and return to this page.